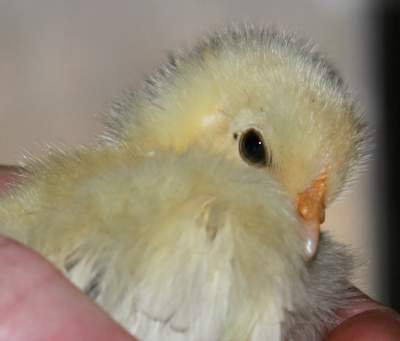 “Why did the chicken cross the road?” is a common riddle or joke in several languages. The answer or punchline is: “To get to the other side.” The riddle is an example of anti-humor, in that the curious setup of the joke leads the listener to expect a traditional punchline, but they are instead given a simple statement of fact. “Why did the chicken cross the road?” has become largely iconic as an exemplary generic joke to which most people know the answer, and has been repeated and changed numerous times.
The riddle was mentioned in print in 1847, in The Knickerbocker, a New York City monthly magazine:[1]
…There are ‘quips and quillets’ which seem actual conundrums, but yet are none. Of such is this: ‘Why does a chicken cross the street?[‘] Are you ‘out of town?’ Do you ‘give it up?’ Well, then: ‘Because it wants to get on the other side!’
The joke had become widespread by the 1890s, when a variant version appeared in the magazine Potter’s American Monthly:[2]
Why should not a chicken cross the road?
It would be a fowl proceeding.

Planton: For the greater good.

Aristoteles: It is the nature of chickens to cross roads.

Hippokrat: Because of an excess of phlegm in its pancreas.

Archimedes: I was running through the streets yelling and screaming, and it was only afterward that I realized I was carrying a chicken.

Avogadro: What, just one? I deal only with very large chicken numbers.

Ptolemy: Someone will probably think of a simpler explanation in a few thousand years, but the present understanding is that the chicken crosses the road because it is constrained to move on this here sphere, which in turn has its center on this one over here. The end result is that, except in the rare case of retrograde chicken motion, the chicken does indeed cross the road.

Karls Marx: It was a historical inevitability.

Saddam Hussein: This was an unprovoked act of rebellion and we were quite justified in dropping 50 tons of nerve gas on it.

Albert Einstein: The chicken did not cross the road. The road passed beneath the chicken.

Robert Van de Graaf: Hey, doesn’t it look funny with all its feathers sticking up like that?

Ludwig Boltzmann: If you have enough chickens, it is a near certainty that one of them will cross the road.

David Hilbert: I was standing on the side of the road and a chicken came along, evidently in some kind of strange state. I informed it that it was nevertheless still in my space, so it went across the road.

Blaise Pascal: The chicken felt pressure on this side of the road. However, when it arrived on the other side it still felt the same pressure.

John David Jackson: You’ll find out after you complete this 37-page calculation.

Enrico Fermi: In estimating to the nearest power of 10 the number of chickens that cross the road, note that since fractional chickens are not allowed, the desired power must be at least zero. Therefore, at least one chicken crosses the road.

Werner Heisenberg: Because I made darn sure it was standing right next to me on this side.

Erwin Schrodinger: The chicken doesn’t cross the road. Rather, it exists simultaneously on both sides…..just don’t peek.

Galileo Galilei: The chicken crossed the road because it put one foot in front of the other and took a sufficient number of steps to traverse a distance greater than or equal to the road’s width. Note that the reason is not because the earth is the center of the universe. Oh, great… another jail term.

Nicolaus Copernicus: The chicken was moving at a slightly different orbital speed around the sun.

Johannes Kepler: I don’t know. But I’m glad it did, because as it waddled across, it was kind enough to sweep the area of the road with its wings. And it did so at an astonishingly consistent rate.

Niels Bohr: In attempting to answer the question by observing the chicken, I collapsed its wavefunction to the other side.

Marie Curie: Good question. And one that is much less hazardous to one’s health.

Lene Hau: Well, I wish it hadn’t. It cut right in front of me while I was out for a bike ride, chatting it up with a photon.

Stephen Hawking: Chicken fluctuations will inevitably create a scenario where a chicken ends up on the other side of the yellow line, in which case there is a nonzero probability that it will escape to the other side.

Robert Oppenheimer: Although it was deemed appropriate at the time, people will forever question whether it was correct for the chicken to cross the road.

“It’s really very simple. Bend down, reach out, grab and lift up. Picking up a female may be a little more complicated but you’ve got game and “how to” instructions.” 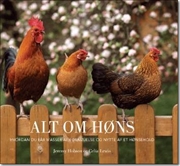